George Guidall is widely recognized as the world’s most acclaimed and prolific audiobook narrator. 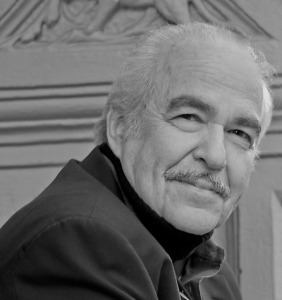 George Guidall continually wins praise from publishers, authors and fans alike, for his artistry in bringing books of all genres to life. He has been delighting listeners for over 20 years, and has completed narrations for over 1300 unabridged titles. His narrations of classics like Crime and Punishment, Frankenstein, The Iliad, Don Quixote, and Les Miserables, along with many popular best sellers, have set a standard for excellence recognized throughout the audiobook industry.
Read more... 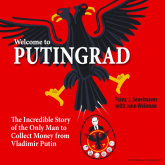 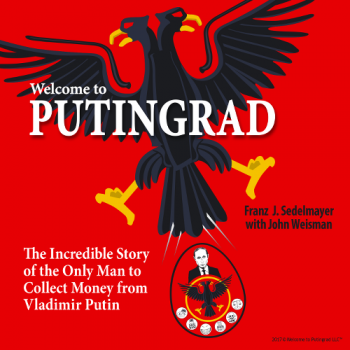 At age 26 Franz Sedelmayer went to St. Petersburg Russia where he built a successful police supply and training company. One of his biggest supporters was St. Petersburg’s young deputy mayor, Vladimir Putin. Putin and Franz bonded and Putin became one of Franz’s biggest supporters.  But when Franz’s company was expropriated by President Boris Yeltsin, Putin did nothing to help his friend. Franz sued for damages. He won, but Russia–and its new President, Vladimir Putin–refused to pay. But Franz persevered, and he won: he foreclosed on Russian properties in Europe. Incredibly, Franz is the only individual ever to collect money from Vladimir Putin’s Russia. 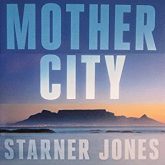 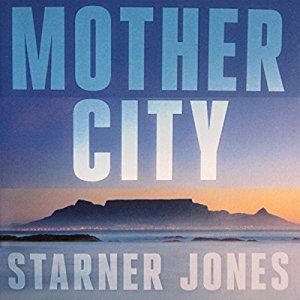 Cape Town is an unlikely setting for Islamic terror, but in Bo-Kaap, the city’s peaceful Muslim enclave, Imam Rauf preaches a theology of austerity, obedience, and sacrifice.

When the multi-billionaire Goldwyn family settles in the Western Cape, they learn firsthand the implications of a radical imam’s preaching. Cultures collide in the wake of a family crisis as the Goldwyns face off with an insidious form of jihad that has long existed but always been ignored.

Mother City leaves listeners with a coldly objective impression of the postmodern world where danger lurks at every turn, even in unexpected places, and where unilateral actions beyond state control may indeed constitute the most effective way to protect the West. 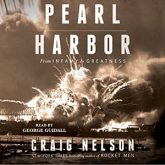 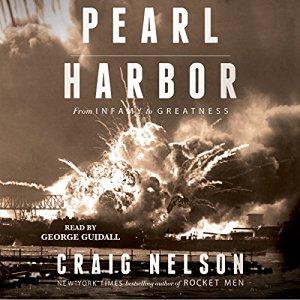 Published in time for the 75th anniversary, a gripping and definitive account of the event that changed 20th-century America – Pearl Harbor – based on years of research and new information uncovered by a New York Times best-selling author.

The America we live in today was born not on July 4, 1776, but on December 7, 1941, when almost 400 Japanese planes attacked the US Pacific Fleet, killing 2,400 men and sinking or damaging 16 ships. In Pearl Harbor: From Infamy to Greatness, Craig Nelson follows, moment by moment, the sailors, soldiers, pilots, admirals, generals, emperors, and presidents, all starting with a pre-polio assistant secretary of the navy, Franklin D. Roosevelt, attending the laying of the keel of the USS Arizona at the Brooklyn Navy Yard, against the backdrop of the imperial, military, and civilian leaders of Japan lurching into ultranationalist fascism, all culminating in an insanely daring scheme to shock the Allies with a technologically revolutionary mission in one of the boldest military stories ever told – one with consequences that continue to echo in our lives today.

Besides the little-understood history of how and why Japan attacked America, we can hear the abandoned record player endlessly repeating “Sunrise Serenade” as the Japanese bombs hit the deck of the California; we feel terror as navy wives, helped by their Japanese maids, upturn couches for cover and hide with their children in caves from a rumored invasion; and we understand the mix of frustration and triumph as a lone American teenager shoots down a Japanese bomber. Backed by a research team’s five years of efforts with archives and interviews, producing nearly a million pages of documents, as well as a thorough reexamination of the original evidence produced by federal investigators, this definitive history provides a blow-by-blow account from both the Japanese and American perspectives and is a historical drama on the greatest scale. Nelson delivers all the terror, chaos, violence, tragedy, and heroism of the attack in stunning detail and offers surprising conclusions about the tragedy’s unforeseen and resonant consequences. 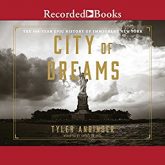 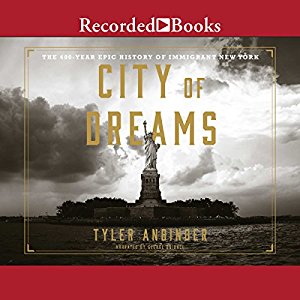 A defining American story, never before told with such breadth of scope, lavish research, and resounding spirit.

With more than three million foreign-born residents today, New York has been America’s defining port of entry for nearly four centuries, a magnet for transplants from all over the globe. These migrants have brought their hundreds of languages and distinct cultures to the city, and from there to the entire country. More immigrants have come to New York than all other entry points combined.

City of Dreams is peopled with memorable characters both beloved and unfamiliar, whose lives unfold in rich detail: the young man from the Caribbean who passed through New York on his way to becoming a Founding Father; the 10-year-old Angelo Siciliano from Calabria, who transformed into Charles Atlas, bodybuilder; Dominican-born Oscar de la Renta, whose couture designs have dressed first ladies from Jackie Kennedy to Michelle Obama.

Tyler Anbinder’s story is one of innovators and artists, revolutionaries and rioters, staggering deprivation and soaring triumphs, all playing out against the powerful backdrop of New York City, at once ever changing and profoundly, permanently itself. City of Dreams provides a vivid sense of what New York looked like, sounded like, smelled like, and felt like over the centuries of its development and maturation into the city we know today. 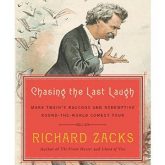 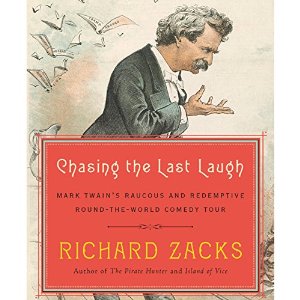 From Richard Zacks, best-selling author of Island of Vice andThe Pirate Hunter, a rich and lively account of how Mark Twain’s late-life adventures abroad helped him recover from financial disaster and family tragedy – and revived his world-class sense of humor.

Mark Twain, the highest-paid writer in America in 1894, was also one of the nation’s worst investors. “There are two times in a man’s life when he should not speculate,” he wrote. “When he can’t afford it and when he can.” The publishing company Twain owned was failing; his investment in a typesetting device was bleeding red ink. After losing hundreds of thousands of dollars back when a beer cost a nickel, he found himself neck-deep in debt. His heiress wife, Livy, took the setback hard. “I have a perfect horror and heart-sickness over it,” she wrote. “I cannot get away from the feeling that business failure means disgrace.”

But Twain vowed to Livy he would pay back every penny. And so, just when the 59-year-old, bushy-browed icon imagined that he would be settling into literary lionhood, telling jokes at gilded dinners, he forced himself to mount the “platform” again, embarking on a round-the-world stand-up comedy tour. No author had ever done that. He cherry-picked his best stories – such as stealing his first watermelon and buying a bucking bronco – and spun them into a 90-minute performance.

Twain trekked across the American West and onward by ship to the faraway lands of Australia, New Zealand, Tasmania, India, Ceylon, and South Africa. He rode an elephant twice and visited the Taj Mahal. He saw Zulus dancing and helped sort diamonds at the Kimberley mines. (He failed to slip away with a sparkly souvenir.) He played shuffleboard on cruise ships and battled captains for the right to smoke in peace. He complained that his wife and daughter made him shave and change his shirt every day.

The great American writer fought off numerous illnesses and travel nuisances to circle the globe and earn a huge payday and a tidal wave of applause. Word of his success, however, traveled slowly enough that one American newspaper reported that he had died penniless in London. That’s when he famously quipped, “The report of my death was an exaggeration.”

Throughout his quest, Twain was aided by cutthroat Standard Oil tycoon H. H. Rogers, with whom he had struck a deep friendship, and he was hindered by his own lawyer (and future secretary of state) Bainbridge Colby, whom he deemed “head idiot of this century”.

In Chasing the Last Laugh, author Richard Zacks, drawing extensively on unpublished material in notebooks and letters from Berkeley’s ongoing Mark Twain Project, chronicles a poignant chapter in the author’s life – one that began in foolishness and bad choices but culminated in humor, hard-won wisdom, and ultimate triumph. 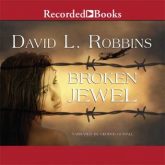 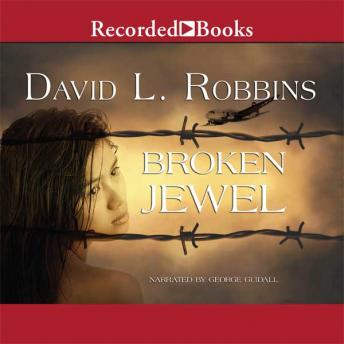 New York Times best-selling author David L. Robbins has entrenched himself as the master of the World War II novel. Telling the gripping story of the 1945 rescue of allied prisoners from the Los Baños camp near Manila, Broken Jewel received tremendous critical acclaim, including starred reviews from Library Journal and Kirkus Reviews. 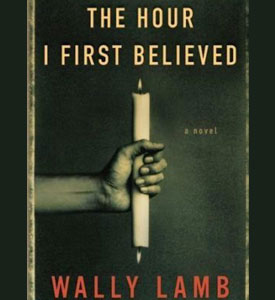 What a lucky author I was when George Guidall performed my second novel, I Know This Much Is True. Guidall understood and became my characters: a man suffering from paranoid schizophrenia, his resentful yet faithful twin brother, a wise Indian psychotherapist, an arrogant Sicilian immigrant speaking from the grave. Guidall’s interpretations were nuanced, humane, knowing, and pitch-perfect. When I completed The Hour I First Believed, I insisted that only George Guidall should perform the audio. Guidall’s are not so much narrations as bravura performances.  – Wally Lamb 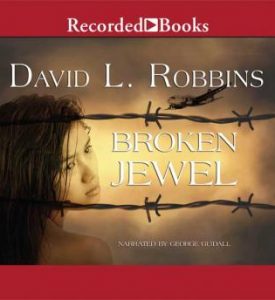 George Guidall’s insights into character portrayal are preternatural. His instincts for pacing are the best bar none. When I listen to George read my work, I listen to the voice that was inside my head when I wrote the words. It’s a joy, an honor, and uncanny to have him as the interpreter of my books.
– David Robbins

George Guidall. Live. At Your Library.

Make your next library/event informative and entertaining–an evening of wit and wisdom. With personal stories, anecdotes and out-takes, Guidall takes us behind the scenes of audiobook narration. Audiences will be delighted as they are brought close to the man behind the voice they’ve listened to for years.
View upcoming appearances Reserve your date 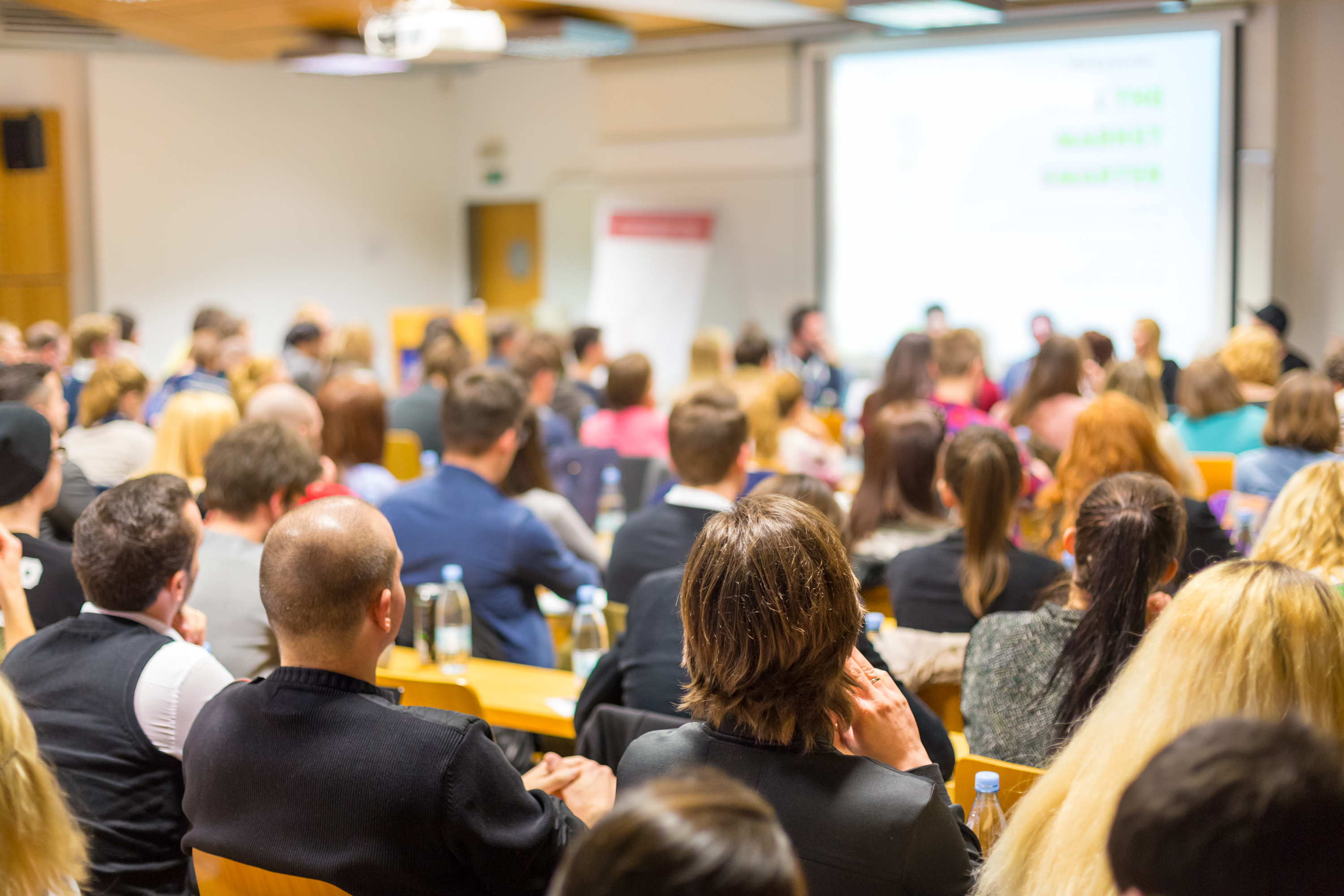 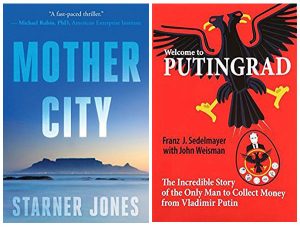 Mother City by Starner Jones
Cape Town is an unlikely setting for Islamic terror, but in Bo-Kaap, danger lurks at every turn, even in unexpected places, and unilateral actions beyond state control may indeed constitute the most effective way to protect the West. Download from audible.com.

Welcome to Putingrad by Fred Sedelmayer
A unique glimpse into Vladimir Putin’s Russia and a compelling and true story replete with realpolitik, Read more…